Home → Blog → Worried about the Changes in Payroll Taxes?

Worried about the Changes in Payroll Taxes?

At this particular moment in time, it doesn’t matter which side you fall on for the new Tax Cuts and Jobs Act passed in late December, 2017, it will have an impact on both your personal finances and your business’s financial situation. 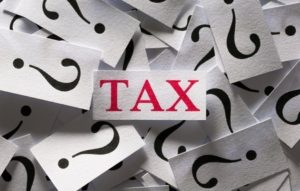 While you are talking with your accountant and mulling over the changes, your employees are probably asking questions and reviewing their paystubs closely. Because the law has a January 1, 2018 effective date, your employees may be expecting changes immediately.

The IRS usually issues tax tables in December of the year. However, because the law was enacted so late in the year, and included changes up to the last minute, the Internal Revenue Service could not be prepared to implement the changes and issue the new tax tables that quickly. In fact, the IRS said in late December that it is “working to develop withholding guidance” and that it was hoped to be out in January. At the time of this writing, there has been no word yet and there is talk it might be February before guidance is provided.

When could the changes be implemented?

It is expected that after the new guidance is provided it could take four to six weeks to implement the changes. In an article at Vox, Bill Dunn, director of government relations at the American Payroll Association is quoted, saying, “Some companies might not be so nimble. It could take longer if the change is more complicated than we think it’s going to be.”

Some reports are saying that individuals are going to have to calculate their withholding rate on a case-by-case and year-by-year basis because of the changes in exemptions, credits, and what is, and is not any longer deductible on the year end return. In addition, it is being suggested that employees closely monitor their paychecks and pay stubs.

In all likelihood, a new Form W-4, the IRS form employers use to calculate how much to withhold from an employees’ paychecks, will be issued, but the timing of a new form has not been addressed. If a new Form W-4 is issued, all employees will likely be required to complete it, and payroll processors will need to input all the new data, which could be a lengthy project. Again, resulting in a delay of changes to an employee’s paycheck.

The bottom line is that for right now, most employers are being encouraged to maintain the status quo.

What about contract workers?

Employers will not have to adjust payroll or payments for contract workers since they do not deduct anything for payroll taxes from a contract worker’s payments. However, many contract workers, or freelancers, will be impacted by the many changes in deductions and the required estimated quarterly tax deposits will need to be adjusted.

Small business owners who work with contracted workers should encourage them to speak with their financial advisors sooner rather than later.

What should a small business owner do right now?

First of all, now is a good time to thank your lucky stars if you are working with a professional independent payroll service like The Payroll Department. Because an independent payroll provider is smaller than the big companies, they are nimbler and more flexible. That means that when the IRS issues guidance, new forms, and new processes, these payroll services will be able to react and implement faster and probably more smoothly.

Here at The Payroll Department, we are staying on top of the situation and will be your resource to help make the changes for your employees. We are already accustomed to working with the governmental agencies, so we know how they work and what to expect in the way of guidance procedures and processes.

We will also take care of the processing of new forms that might be issued by the IRS, like the Form W-4 or anything new. We can keep track of what is needed, what has been completed, and what needs to be done. And, we will stay on top of one of the biggest obstacles, meeting the deadlines, and keeping you and your business compliant with the rules and regulations in the process.

It’s a great time to work with a payroll provider. Right now would be a really good time to give Teresa Ray, the owner of The Payroll Department, a call at 317-852-2568. Years of experience and a dedicated and professional staff means she can guide you through this period of uncertainty and keep you on track in the future.

Taxes are complicated. Change is a rocky road, and compliance, well, compliance is mandatory or you pay a stiff price. The Payroll Department will help.