Every business, organization, and household needs a certain amount of money to keep things working. Small businesses sell their services and products for it. Charities fundraise for it. Individuals work for it. But what about governments? They can’t work, don’t have anything to sell, and have a hard time inspiring people to give to them.

And so they tax! 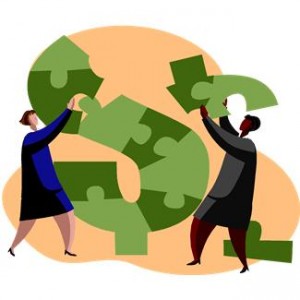 Taxes are how governments, big and small, near and far, obtain the funds to pay their bills. Often when we think about payroll taxes, we only acknowledge the federal government and the portions of our wages that are paid to the IRS. However, local governments need money too.

A recent New York Times article details one current example of a local government responding to local needs with the possibility of new local taxes. Recent economic changes occurring in the San Francisco area have led local officials to consider a new payroll tax. While the tech boom has been an overall positive for the economy in San Francisco, the growth has also resulted in some problems for the city itself and for its residents. Problems they’ve seen include homelessness as well as a higher cost of housing. The added resources that these problems require have caused some to propose this tax, which would be applied only to tech companies. Revenues gathered from this new tax (if it becomes law) would be used for programs to help displaced and impoverished residents.

In Indiana, we already have local taxes in place. In fact, each county in Indiana has its own payroll tax rate. Actually, each county has two separate tax rates – one for residents and one for nonresidents who work in that county. These local taxes provide needed resources for the cities and local communities within each state. Usually low (around 1% to 3%) and viewed as a necessity to maintain infrastructure, these taxes probably aren’t going anywhere soon.

Local payroll taxes may be beneficial for communities, but if you are the person responsible for payroll at your small business, you know that they can really throw a wrench into your operation. Payroll can be a chore as it is without the added complexity of local taxes. Maybe you’re tired of confirming which counties your employees live in and then checking the chart to find their rate. If so, The Payroll Department just might be the solution you’re looking for. Call us to see how we can simplify your payroll operation for you.