Small business owners can take a collective breath – at least temporarily. U.S. District Judge Amos Mazzant in the Eastern District of Texas granted a preliminary injunction regarding the Dec. 1 implementation date of new Overtime Rules released by the Labor Department in May, 2016. 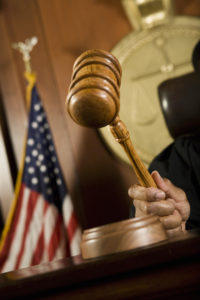 The new rule would raise the threshold at which executive, administrative and professional employees are exempt from overtime pay from the current level of $23,660 ($455/week) to $47,476 ($913/week). It also includes an automatic salary level threshold adjustment every three years.

According to USA TODAY more than 4.2 million workers would have become eligible for overtime pay under the new guidelines. Small business owners have balked at the new rules, citing rising labor costs and administrative and employee relations issues that would have a long-term detrimental effect on their business.

It is important to note that while the injunction stops the Dec. 1 deadline, small business owners are cautioned to hold on to their plans to implement at a future date. An injunction does not mean the rule will not go into effect at some future date. It is meant to only put a hold on implementation until the case can be adjudicated in the courts.

It is noted by several experts that injunctions are generally not granted unless there is great potential that the case can succeed on its merits. There are two points to the plaintiff’s case:

1) Exemption from overtime is primarily decided by the duties an employee performs (duties test) and by raising the salary threshold to $47,476, the Department of Labor (DOL) is giving primacy to the salary level test which oversteps the Department’s authority as granted by Congress, and;

2) The DOL is exceeding its mandate by building automatic salary level threshold adjustments into the new rule.

The decision in favor of the new ruling would, according to the plaintiffs, cause irreparable harm, which is why the injunction was requested. Plaintiffs filing suits included 21 states and the U.S. Chamber of Commerce and the separate lawsuits were consolidated into one before the U.S. District Court in the Eastern District in Texas.

The Payroll Department is poised to help small business owners comply with new regulations and rules, and, in this case, able to continue payroll processing under the existing rules until any changes are made. You can bet we will keep a watchful eye on this situation as it develops and help our clients make the changes needed. In fact, it is in situations just like this when small business owners are happy they have turned to experts in payroll services. We stay diligent so you can take care of your business instead of watching the rule-makers.

Contact Teresa Ray at The Payroll Department if you have questions about how these changes can affect your business, your employees, and payroll processing.